A portal to the Future 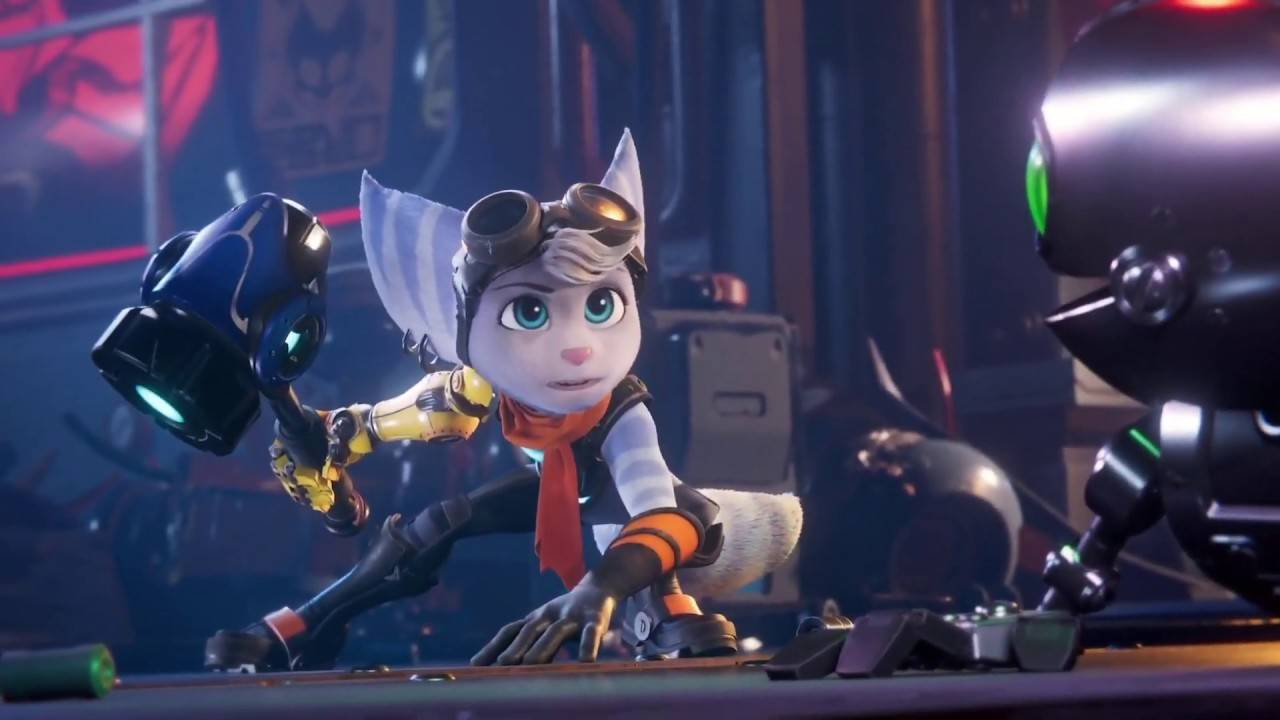 Ratchet and Clank: Rift Apart is undoubtedly one of the most interesting games among those presented as Playstation’s 5 launch lineup.

After Spider-Man Miles Morales, Insomniac Games strikes again with this second title, in development, shown during the presentation event of Playstation 5.

The trailer opens in a classic setting for the series.
A planet with lush vegetation and full of particular creatures, halfway between the alien and the dinosaurs, but which still winks at other planets already seen over the years in the franchise titles.
During an overview of the vastness of the location, we see our duo of heroes fall on what looks like a plant with a purple dimensional rift created from nothing. The immediately following dialogue makes us understand that the protagonists are looking for their spacecraft and from their tone of voice it is clear that they are fleeing something, or someone.

In fact, immediately afterwards, from another portal, a multitude of robotic enemies come out to the sound of “They found us” pronounced by Clank. From this point begins a frenetic escape without cuts or loads, all in-game: initially on the saddle of what looked like a plant but which instead proves to be a sort of alien creature, which will lead Ratchet and Clank to move between dimensional splits created (it seems ) at random, with Clank commenting with “The dimensions are considerably weakening”, and that will lead them to variations in gameplay and settings in large numbers.

It ranges from the sci-fi genre to the fantastic, even carrying them on the back of a dragon and using grind-boots, up to a pseudo-pirate level in which, on a ship, they face a group of cyber pirates (reference to Ratchet and Clank: In search of treasure?). During the fight they are then thrown to the ground by an attack and in the fall Clank ends up in a dimensional portal by himself, dividing from his adventure companion.

Therefore, he ends up in some city that seems to have come out directly from Blade Runner and, believing that he is still in the company of Ratchet, tells him: “they arrived too late”. The surprise is that instead of the yellow protagonist, you see for the first time a female character with the appearance really very close to those of Ratchet, a Lombax like him with a color more on gray-blue, which responds to Clank with a dry “Who?”

As regards the audiovisual impact, the little seen left us positively surprised. The animations and the cleanliness of the images, but also the lighting effects, suggest the qualities of a product that could be truly exceptional to see. From the directorial point of view, then, as always in the series, we are at very high levels. You move easily from one dimension to another as if nothing had happened, leaving the attention on the duo of protagonists and emphasizing the possibilities of the equipment.

A Ratchet and Clank is what it takes to get started on the right foot. The couple of heroes has always been loved and with this chapter, Insomniac wants to make it clear that it has no intention of letting go of the saga yet. Moreover, they are adding new layers of exictment with this space-time sauce, and really high graphics and animations level.

It remains to be seen what they will be able to get out of the finished title, when we can get our hands on it!

We recommend watching the trailer by setting the resolution to 4K

Thanks, as usual, for the preference you have given us and see you next time with Little Devil Inside!