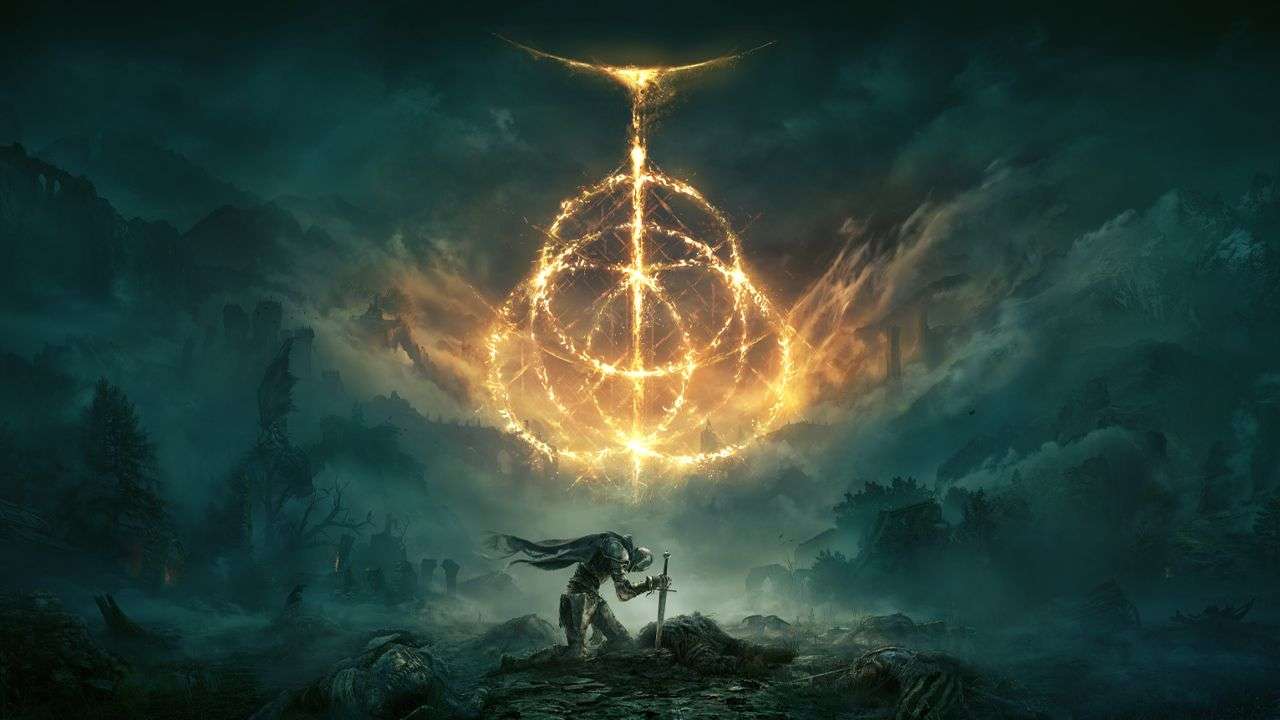 The Elden Ring Gameplay video opens on our character, the Tarnished, with the luminous Mother Tree peeking out over the horizon. We are in the Interregnum, a place ruled by Queen Marika the Eternal. The Ancestral Ring, source of the Mother Tree, has been shattered.

“Marika‘s offspring, demigods all, claimed the shards of the Elden Ring known as the Great Runes, and the mad taint of their newfound strength triggered a war: The Shattering. A war that meant abandonment by the Greater Will.

And now the guidance of grace will be brought to the Tarnished who were spurned by the grace of gold and exiled from the Lands Between. Ye dead who yet live, your grace long lost, follow the path to the Lands Between beyond the foggy sea to stand before the Elden Ring.

…And become the Elden Lord…”

And here we are immediately in front of the first “bonfire”, or rather, “Site of Grace”, as it is called in Elden Ring. And here, immediately, the first news. Once you click on the Site of Grace, a flame detaches from it, most likely making us a tracker to a specific quest/ boss. With such a vast map, as we will see later, it was to be expected that a quest/boss tracking would be necessary. However, that is only a suggestion, it is up to us to choose whether to follow that flame or continue on our way. 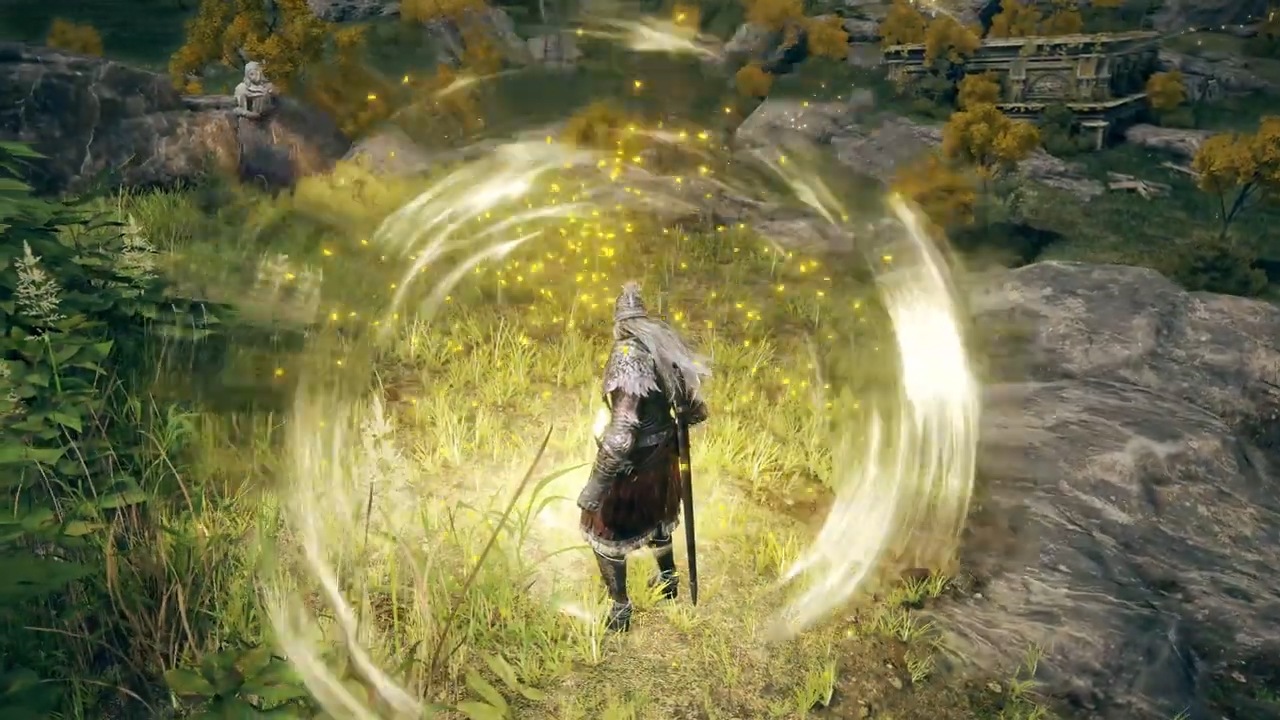 Combat and Exploration on Horseback 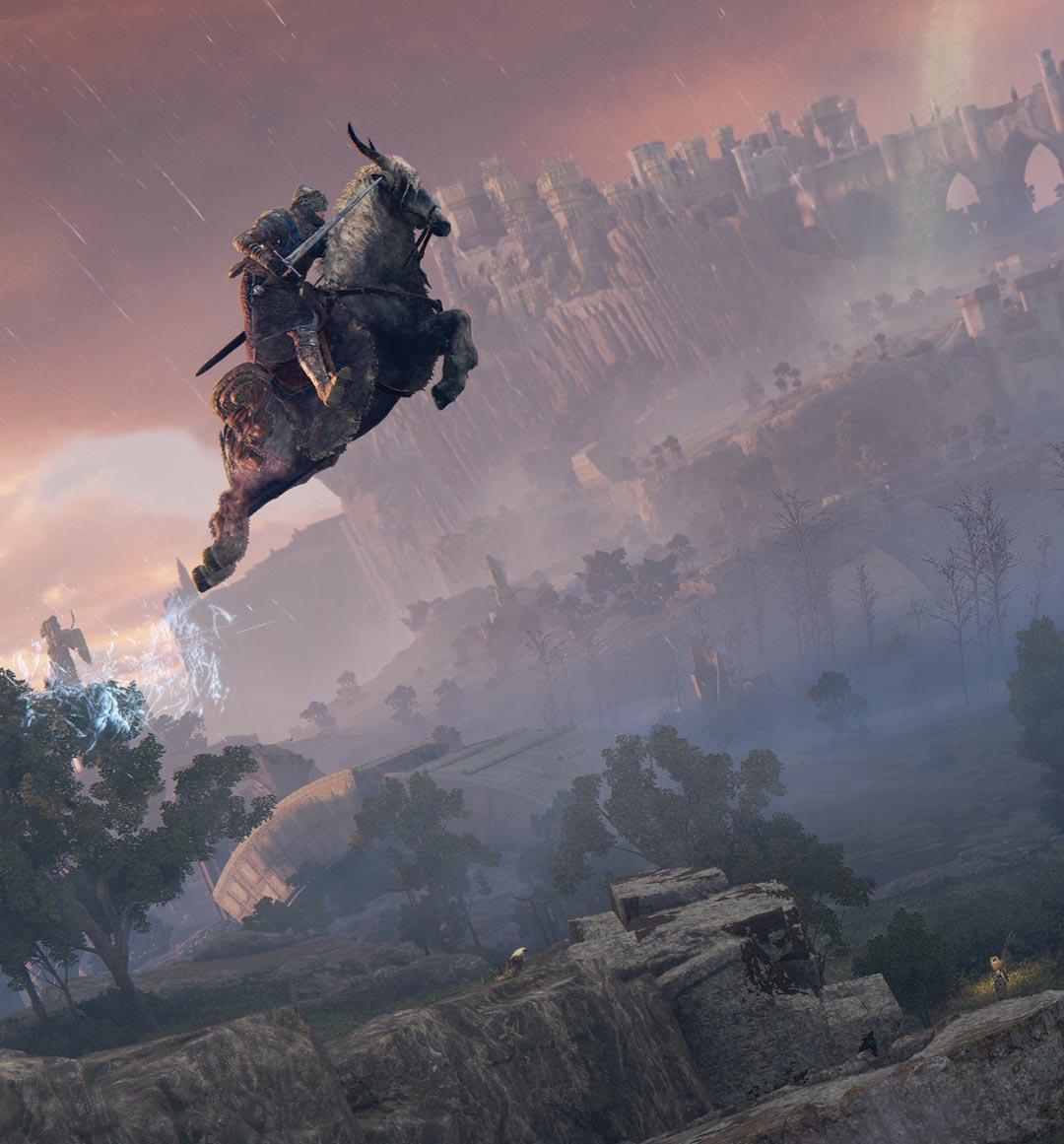 The Tarnished continues on its way and does so on the back of a steed, the second great news in the world of “soulslikes”. A particular steed, because it manages to remain unharmed, launching, together with its rider, from a considerable height. Later, during the gameplay we will also see him do the opposite. Through what are called “Spiritsprings”, the Tarnished, astride his steed, will be able to climb with a single leap of the rock walls, which normally would have been an obstacle.

Arriving in front of what appears to be the site of some ritual, our protagonist will find himself facing a Dragon. He will engage in a combat – at first riding his steed, and then finishing him off in a head-on collision on foot, ending the fight with a finisher to give him the killing blow. The Tarnished seems to be able to fight on horseback, in the same way he does on foot – we have seen him cast different types of spells and sword attacks close together, with no limits whatsoever. It’s still too early to judge, but the one that we saw in this Elden Ring trailer felt like one of the smoothest horseback fights ever.

After the fight with the Dragon, we are shown a funny scene between Alexander “Iron Fist”, stuck in a hole in the ground, who asks for help from our protagonist. Alexander gives us the opportunity to point out, once again, if needed, the excellent character design that has always distinguished the characters of Fromsoftware‘s games. Judge for yourself … 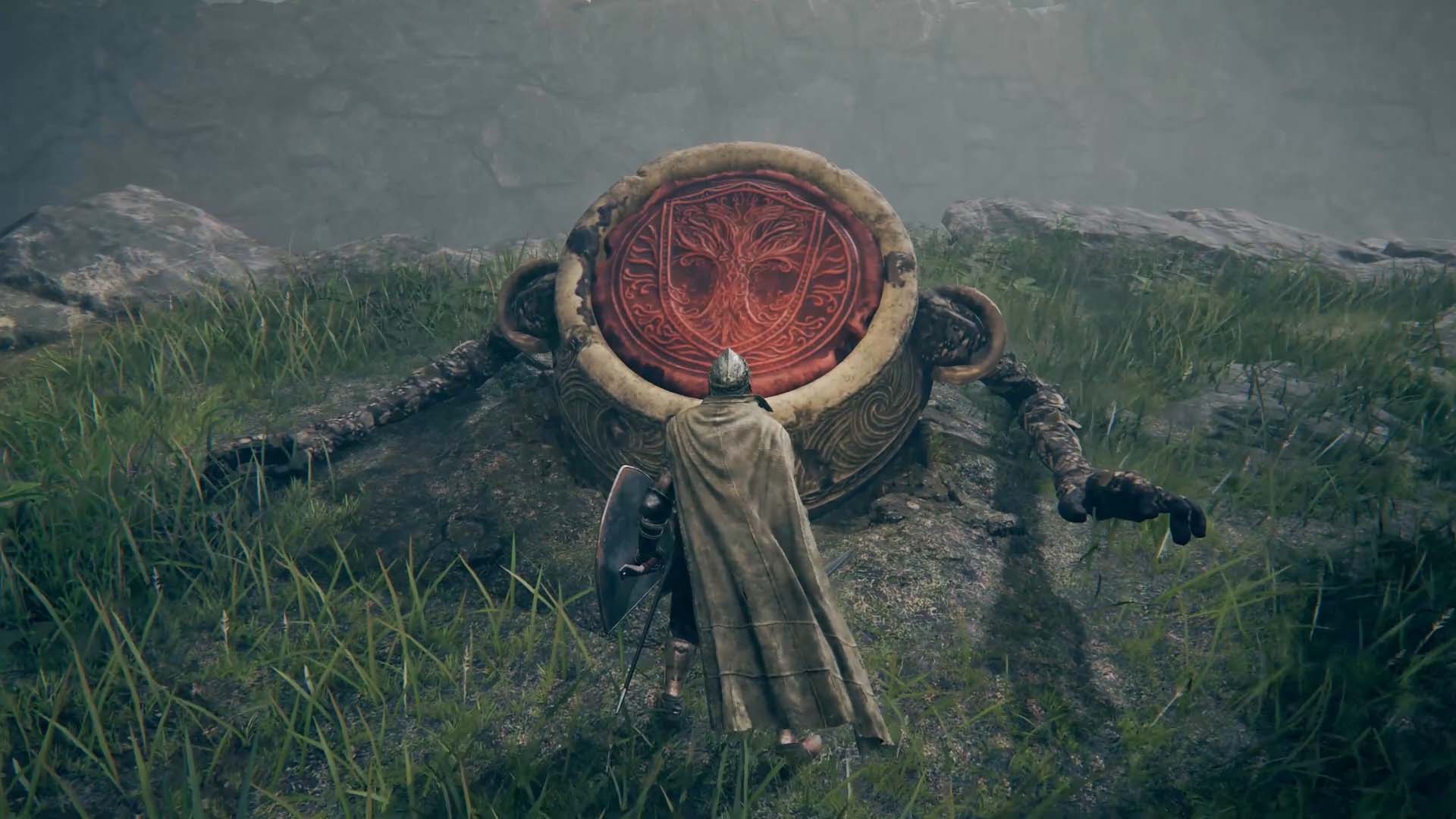 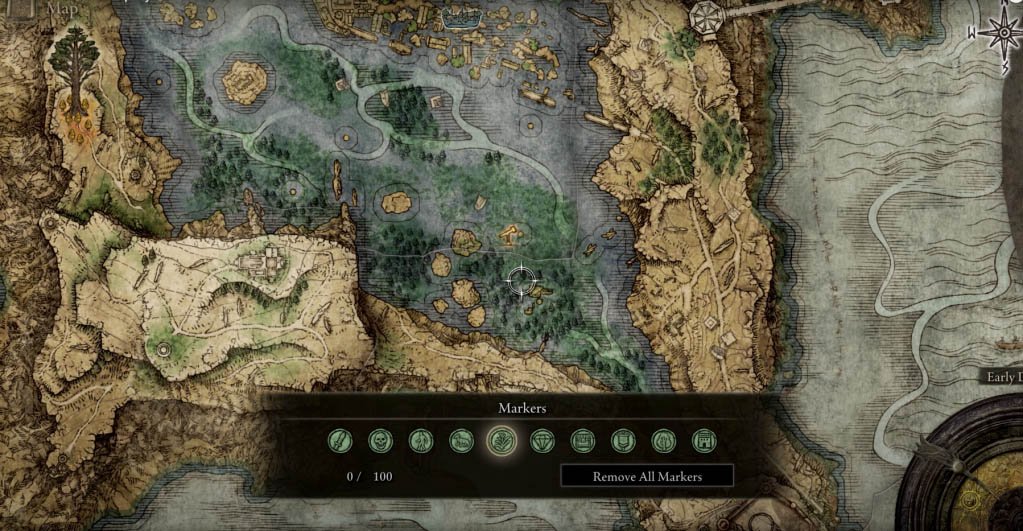 The Elden Ring Interregnum is so vast that this time Fromsoftware had to provide us with a map for the first time and as expected, they did it with style.

To introduce us to the features of the game map, a Tarnished is first shown overlooking an immense and breathtaking landscape that then moves on to the menu that shows us a game map. In our opinion, this reflects the care and beauty that alone hints at the quality of this title.

Leaving aside the wonderful graphic impact, we do have to say that we are already accustomed to these type of features by the maps of the various “open-world” games we’ve already encountered.

As for the combat system, other than the novelty of combat on horseback, we have several new ways of faceing the enemy. We are shown the Tarnished attacking an enemy camp, first approaching combat in a stealth way. In fact, after creating soporific arrows, with materials collected from around the game world, he launches into the attack, catching the first enemy from behind and making him fall asleep with the latter and then finishing him off with a sword blow. But the real novelty in the approach to combat is the possibility of summoning spirits to assist us during the clashes. The spirits that can be summoned will be of different types and numbers and consequently they can be used in battle in different ways. 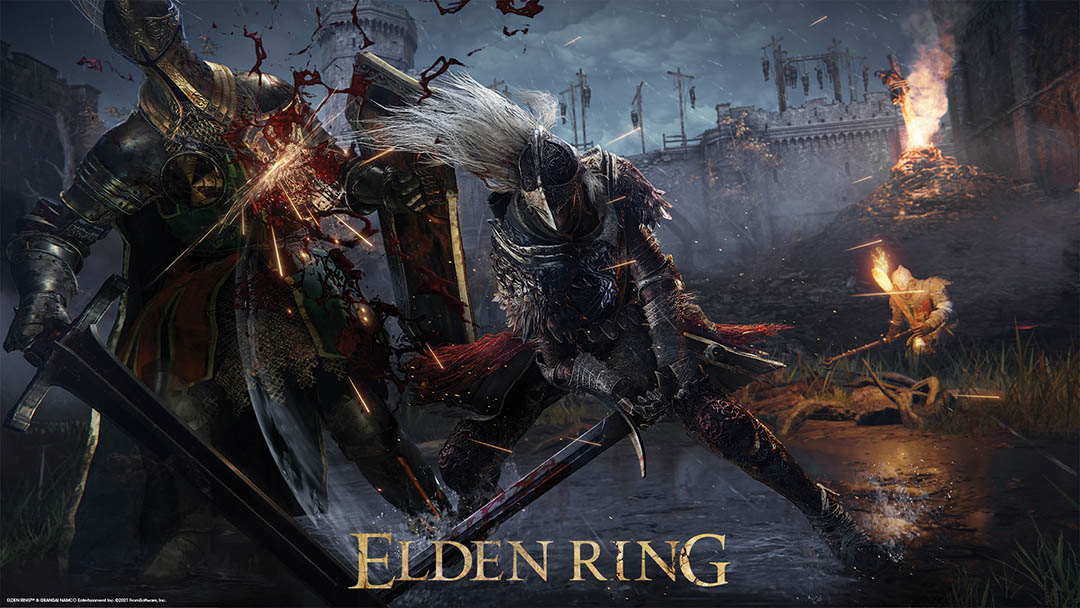 This preview ends with a flourish with the boss fight against Godrick the Golden, one of the demigods who seem to guard the parts of the shattered Elden Ring, also known as Major Runes.

What to say? A gameplay trailer that left us with a craving to get our hands on this latest effort by Hidetaka Miyazaki and the guys from Fromsoftware. At the moment we really have nothing to complain about. Perhaps the only note of regret is that, after seeing the monstrous work that those of Bluepoint Games have done on the version of Demon’s Souls on Playstation 5, we would have liked to see a graphic sector of that level, while remaining, that of Elden Ring, of all respect.

To conclude, we thank you for coming this far, we invite you to share this post if you liked it and to follow us on our social pages. Come back and visit us to stay up to date on the World of Gaming and Elden Ring. Furthermore, we leave you the Amazon links to be able to pre-order Elden Ring in the Launch Edition version and in the Collector’s Edition version. By purchasing through our Amazon links, you will contribute, at no additional cost, to the growth of our platform and make us feel all your love.

In the end, we would like to offer you our alternative point of view on the world of the so-called “soulslike”. You can find it at this link. 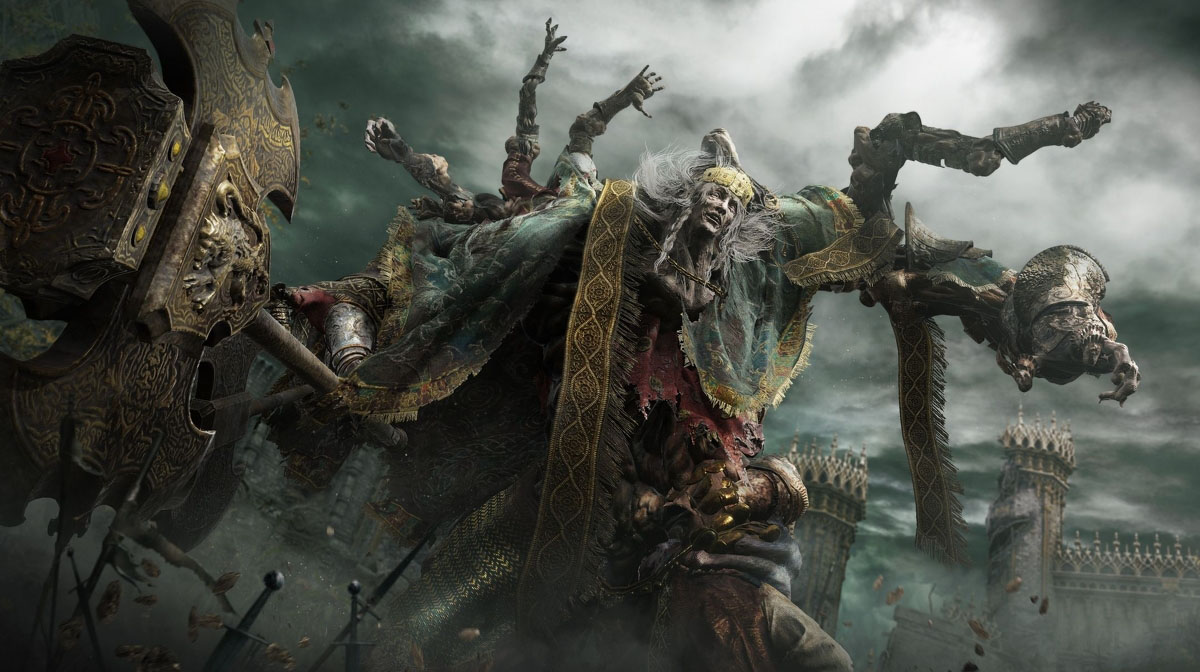