Unlock! An Escape Room in your home! 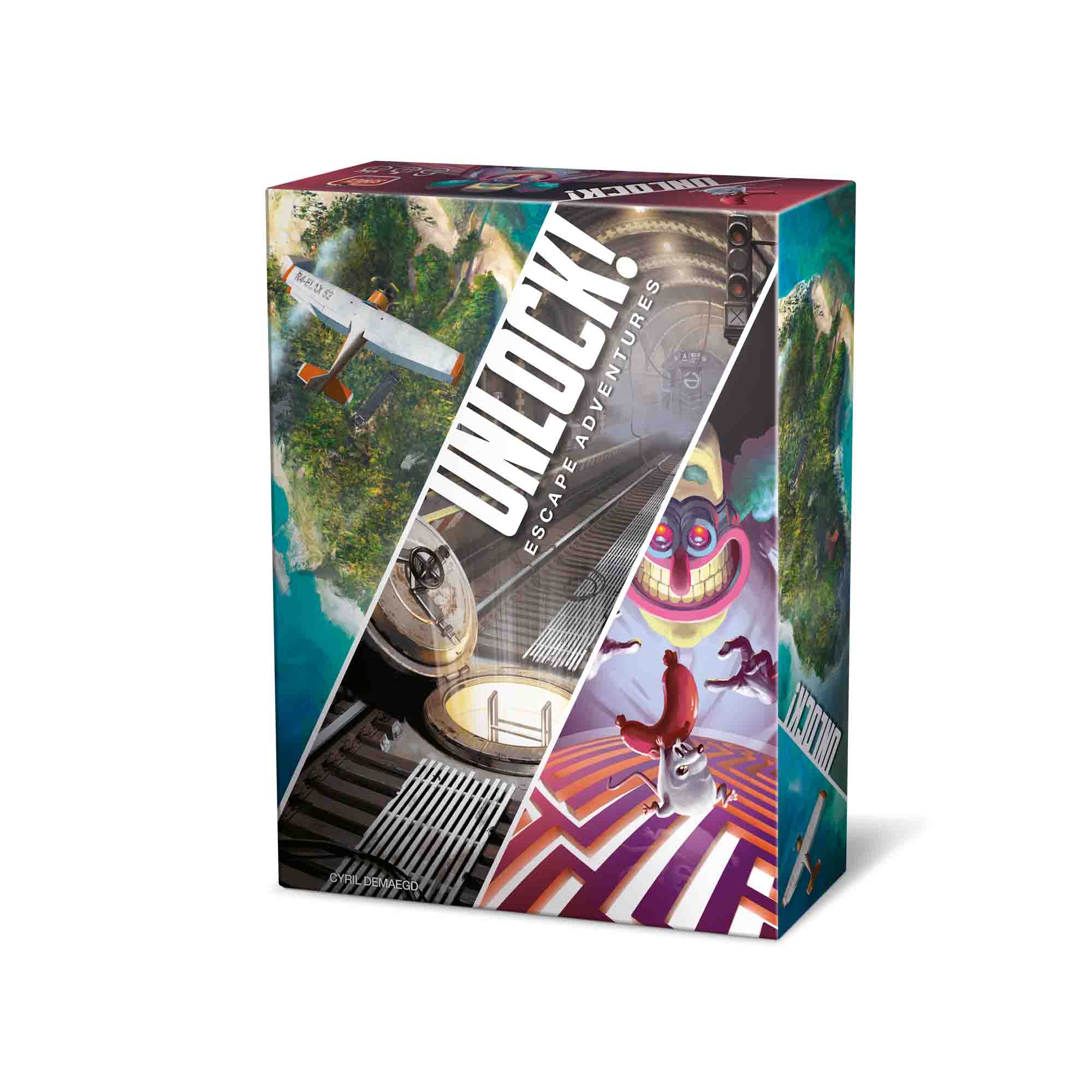 The Escape Rooms are becoming more and more popular in the recent years, and for a good reason! How fun is it to gather a group of friends and together open the door of a room that leads to Hogwarts, rather than in Saw the Riddler’s lair or inside a pirate galleon and having to find a way out together?

This is the world of Escape Rooms. You and your friends locked up in a room full of riddles and puzzles to solve, with the aim of escaping and returning to your world, bringing with you the memory of a hilarious experience and (sometimes) the pride of having made it.

It was nice to live all these adventures … it was nice until Covid19 arrived. Many Escape Rooms remained closed, others had to adapt to anti Covid regulations, inevitably giving up a large part of their customers, frightened by the risk of contagion.

But don’t despair, Cyril Demaegd has come to the rescue of all lovers of Escape Rooms and investigative games in general, with his Unlock!

This original cooperative card game that will allow you to experience the typical atmosphere of an escape room comfortably seated at your home table. Between clues, riddles and various puzzles, thanks also to the support of a convenient app that can be downloaded for free, you will have to be able to escape from a series of decidedly out-of-the-ordinary scenarios.

We particularly liked the fact that inside the box you can also find a short tutorial adventure that will allow you to learn how to play without having to read the rules.

The only “minus” is the fact that every adventure, once faced, cannot be repeated, as obviously those who have played and solved it already know its riddles. From our point of view this is not a real “minus” as, even played only once, the game is well worth the 27/30 euros spent.

The Formula: Try to escape the lab after discovering the mystery serum formula.

Sausages and Squeaks: the Machiavellian Professor Noside has a deadly plan in store for the conquest of the world, will you be able to stop him?

Doctor Goorse’s Island: a bizarre billionaire bought an island filling it with hidden treasures and lethal traps, try to reach the center and come home alive!

If you are still unsure whether you’d like it or not, Digidreamers has a real deal for you – there are a series of complete adventures that can be downloaded and printed for free, simply by clicking on this link.

We would also like to inform you that you can purchase the Core Set and all subsequent expansions, at no additional cost, through our Amazon links. In this way you will support our work and help grow this platform. Thanks and see you soon with new adventures here on Digidreamers!