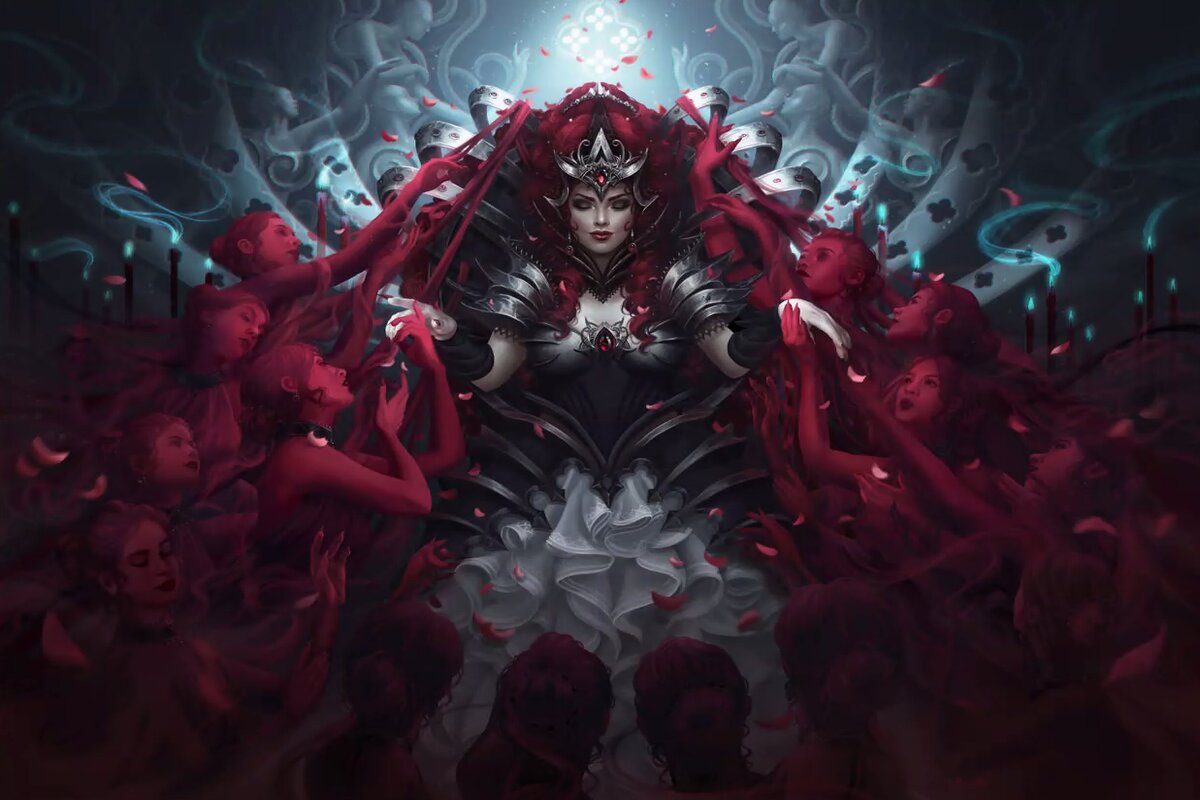 The new expansion of Magic the Gathering, Innistrad Crimson Vow, is finally a reality and will arrive in digital version for MTG Arena on November 11th, while for the paper version we will have to wait the 19th of the same month. Until the 3rd of November we will be able to enjoy, day by day, the spoilers of the upcoming cards, on the official website of Magic The Gathering.

But before talking about the most anticipated wedding of the year, let’s see what has happened so far on Innistrad‘s plan. 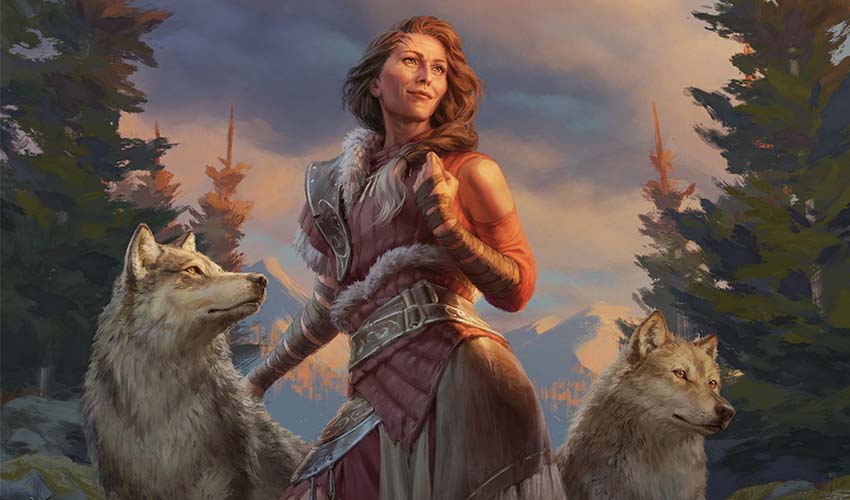 The Witch of the Woods

The Motives of the Wolf

“Arlinn must confront her past and her old mentor, Tovolar. When her wolves abandon her to join his pack, she calls the Gatewatch for help” 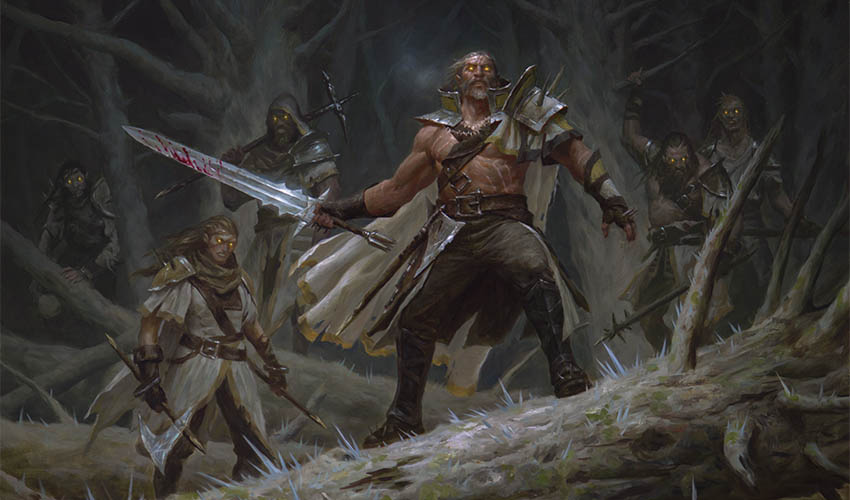 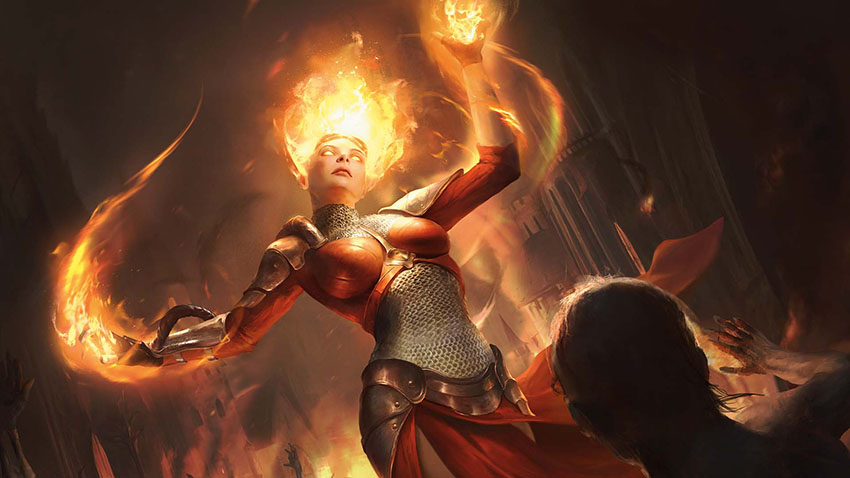 The Fall of the House of  Betzold

“Arlinn and the Gatewatch search for the Moonsilver Key, the last item the Dawnhart Coven needs to complete the Harvesttide ritual that will bring back the light”

“Arlinn returns to the Harvesttide Festival only to find it under attack. As the Gatewatch engage the rampaging werewolves, Arlinn hunts down Tovolar“ 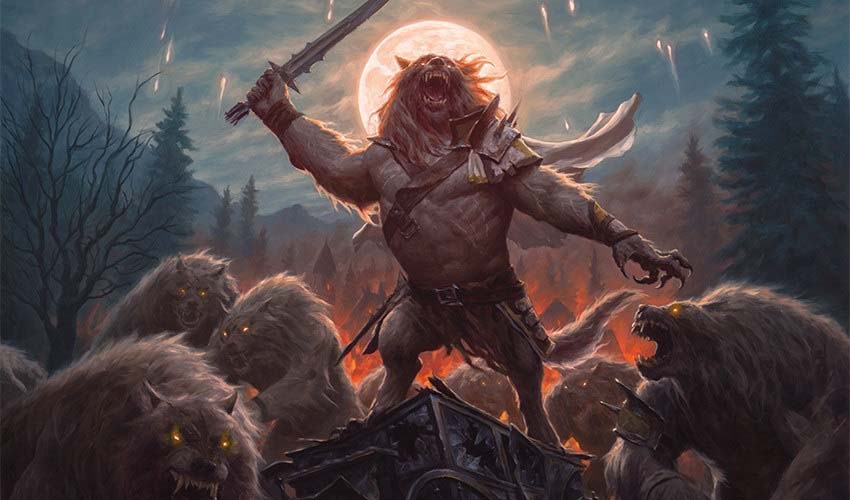 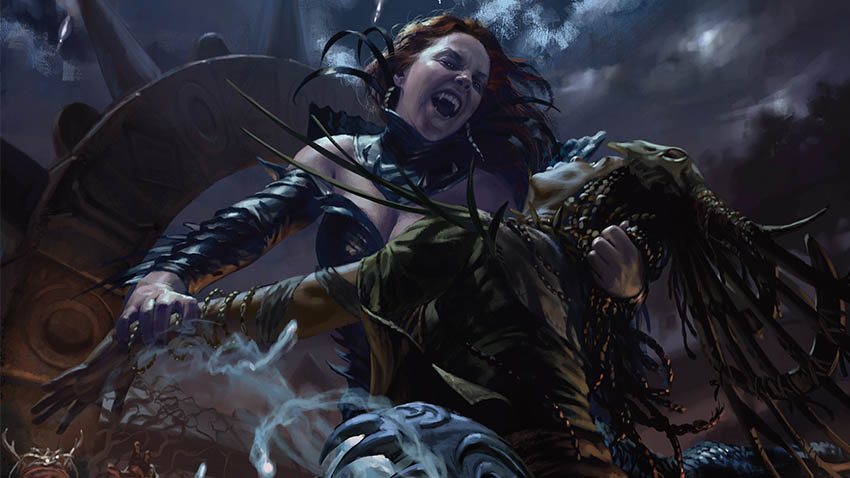 “Arlinn drives Tovolar away, and the survivors begin the Harvesttide ritual—only to be interrupted by another deadly foe. Can Innistrad survive this eternal night?”

Innistrad is back in all its Gothic horror glory with two new full set releases. You’ve taken part in Midnight Hunt’s Harvesttide Festival. Now, Crimson Vow invites you to a lavish vampire wedding—but are you a guest, or a gift? 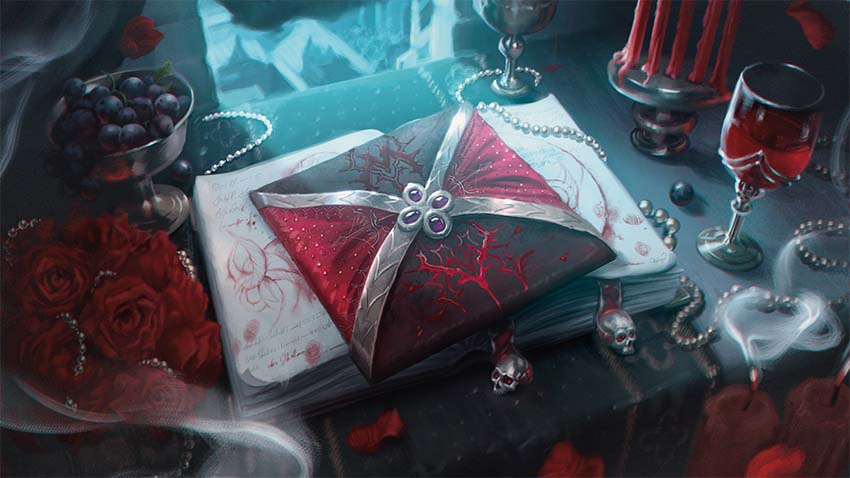 Training
Surviving this world of terror isn’t easy for the humans—they have to stay sharp. The new training ability represents this focus. Training is a triggered ability that makes creatures stronger when attacking. 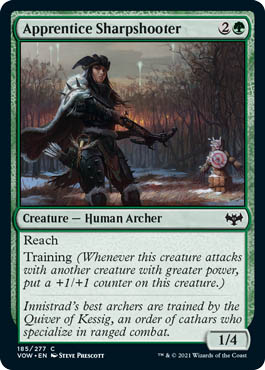 Cleave shows up on instant and sorcery cards, and it offers you an alternative cost. When casting a card with cleave, you can cast it for its mana cost as normal. If you do, the spell’s effect is processed as normal. That is, every single word of its rules text is followed, just like you’d expect.

But if you opt to pay the cleave cost rather than the mana cost, you can ignore all the words in brackets. 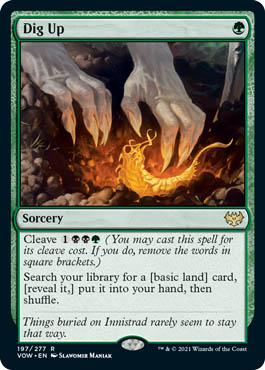 Blood tokens are simple, versatile tokens that offer you a way to trade in cards in the late game for chances to draw something more useful. Maybe your hand is stocked with extra land cards or early drops that no longer have the impact you’re looking for. Maybe you have ways to leverage controlling extra artifacts. And some cards offer benefits beyond the inherent ability of a Blood token. 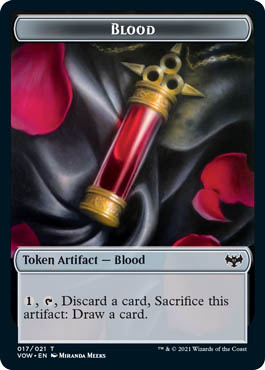 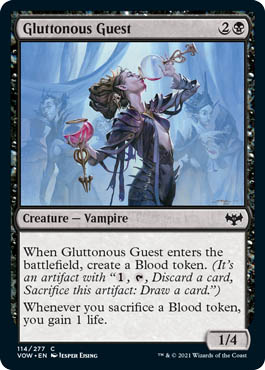 When a creature with exploit enters the battlefield, you may sacrifice a creature. And that’s exploit. Thanks for coming, everyone! See you on Kamigawa!

Ah, yes. I suppose there is a bit more. Many creatures with exploit have an additional ability that gives you some benefit when that creature exploits a creature, meaning when you sacrifice a creature to that creature’s exploit ability. 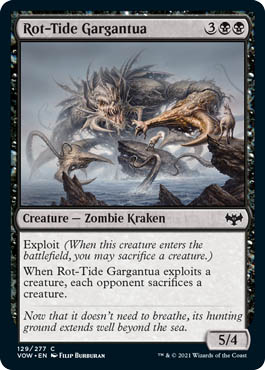 Are you ready to upgrade your Vampire decks or will you howl at the moon along with packs of furry Werewolves? Maybe you could rely on Chandra… yes, Chandra comes back to Innistrad too… dressed to kill! 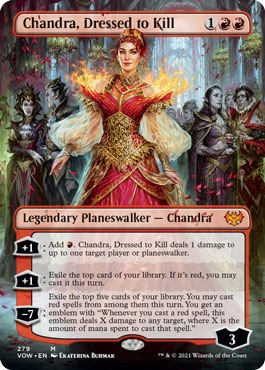 Through our Amazon link you can pre-order the Crimson Vow Pre-Release Pack, at no additional cost. By doing this you will make us feel your love and support the growth of this platform. Thanks and see you next time!